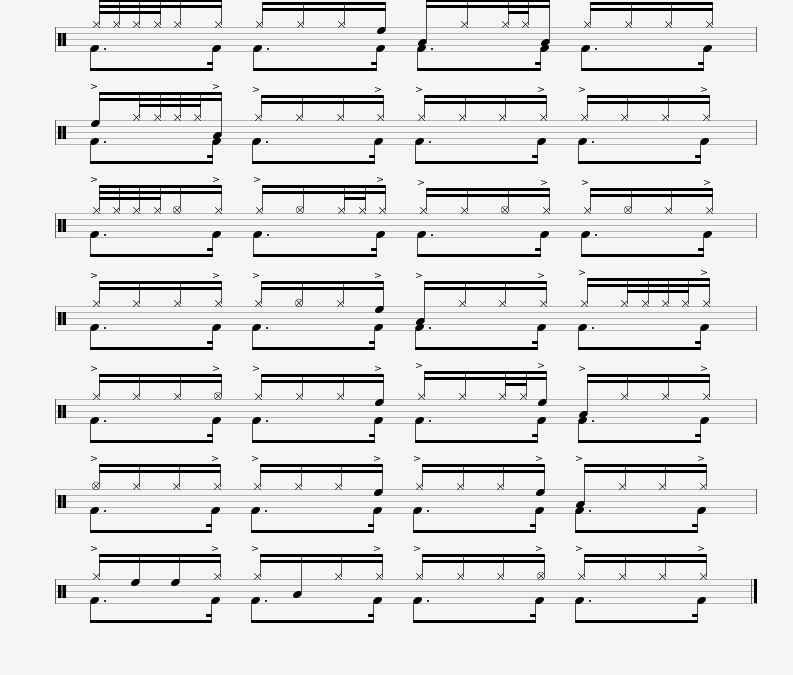 This drum grooves sheet is good for learning to improvise in a samba funk style. It was initially written for a drum lesson as a rough guide to the kind of things that could be improvised with during a Grade 8 Rockschool song from the 2006-2012 syllabus (Sampa Samba), but this sort of thing can also be played in other songs of a similar style, or it could just be used as a general practice exercise for a drummer who is at Grade 8 or above.